Autism Battle for Health Mandate: Both Sides of the Story

Home » Autism Battle for Health Mandate: Both Sides of the Story 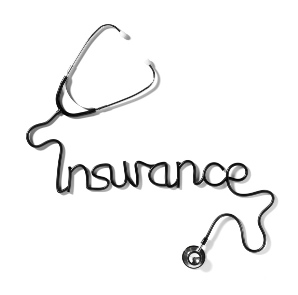 In early March, the Oklahoma House of Representatives passed an insurance mandate that would require health insurers to cover autism treatment for children in the state of Oklahoma. The measure passed 76-20 in an emotional debate that will move to the Senate. It’s estimated that 1% of the world population has autism. Under House Bill 2962, insurers would be required to cover children up to 9 years old and would apply for up to 6 years for children who are diagnosed after age 3. This debate is heated and why wouldn’t it be? These are people’s children we’re talking about and on the other side, the people against the bill believe there is a much bigger picture at hand. There are always two sides to every story. Let’s look at both.

I got to see my nephew this past weekend. When I walked in he proceeded to say my name and “hi.” This is something beautiful that I am still adjusting to hearing. My nephew just happens to have autism and up until 6 months ago rarely spoke. My nephew that was once normally silent is now constantly vocal thanks in part to a chiropractor that is not necessarily covered by insurance when deemed treatment for autism. It’s estimated that a person with autism will on average cost around $17,000 more annually in health care than a person without autism. The bill that passed the House would mandate all health care providers to offer coverage for screening, diagnosis, and treatment of autism in children with the maximum benefit of $25,000 for each year. Oklahoma would be the 44th state to enact a bill of this nature that in other states have previously passed. Under most insurance plans speech therapy and occupational therapy are normally covered. The specific coverage that is not covered is something called Applied Behavior Analysis (ABA). The goals of applied behavior analysis is to contour and teach new behaviors, such as learning to speak, and ease undesirable habits. The statistics of this therapy found that 48% of participants were able to succeed in a normal classroom setting after 4 years of therapy. This therapy is sometimes the difference between a child living a full life or a child unable to function in society and ending up in a state facility. In the case of the other 43 states that have passed this bill, some state’s insurance premiums for individuals only increasing as much as $1 each month. This is just one side of the story though.

Mandates are non-optional. In other words, we all pay to put them in action. When the Affordable Care Act (aka Obamacare) passed in 2010 with the individual mandate that forced Americans to purchase a health care product by 2014 that they may or may not want groans and complaints were heard far and wide. The big adversity to critics of the ACA was not that they did not want health insurance, but that they didn’t want the government telling them that they had to have it. While the Autistic Mandate is not on a national level, it would be enforced throughout the entire state of Oklahoma. The debate states that it would force Oklahomans with health insurance premiums that have already increased as much as 60% in the past 2 years to take on the burden that only applies to a small number of the population. The cost to add the coverage to state health care plans is estimated to be around $25 million in a year that our state is looking at a $1.3 Billion shortfall. While there are questions on whether state government should mandate private insurance coverage, opponents bring up another argument that HB2962 provides ABA which is educational, not physical health therapy and should be provided outside the realm of private health care. The concern is big picture. The more mandates that are passed the more the health care companies are required to provide coverage. As they’re mandated to include all these changes we are watching more and more companies pull out of it all together. With threats from the likes of Aetna and United, the top provider in our state, to pull out of the health care game all together the lack of competition in the marketplace is only driving the price up. The main concern is this—what if there was only one player, with one set of rules, and one set of prices? Is that healthy for anyone to not have competition or checks and balances?

The bill will continue through the Senate. Similar bills have been struck down in 2011 and again in 2008.

*This article in no way reflects the views, opinions, or beliefs shared by ECI.