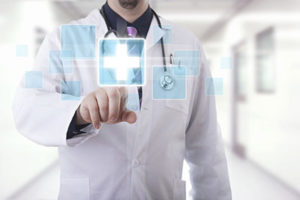 We’ve all heard and experienced the complaints and angst that came along with the increasing health care costs in our country. This exact issue was stated during the heated presidential race. This being the problematic ObamaCare, also known as the Affordable Care Act (ACA), which has provided healthcare for all Americans, but forced rates to increase to the point of ridiculousness; Oklahoma saw a 76% increase just last year. ObamaCare was one of the “hot topics” Donald Trump reiterated throughout the course of his race with promises that changes would come immediately. As the transition of Trump’s administration has taken center stage, the question all Americans are asking is, what’s next?

Let’s take a look at the timeline so far:

2015 – Nov 2016  While campaigning, Trump promised an end to insane healthcare prices, vowing his first actions would be to repeal and replace the ObamaCare Legislation.

January 11  The then president elect was interviewed saying that a plan to replace and repeal would be implemented once his health and human services secretary was sworn into office. “It will be essentially simultaneously. The same day or the same week…could be the same hour,” stated Trump.

Mid January  Trump told the Washington Post he was close to completing a plan which would still provide “insurance for everybody,” but failed to disclose any of the details.

January 21  Executive orders were signed to begin the process of dismantling the ACA only hours after taking office.

February 5  Fox News aired an interview with the new president where he said of replacing Obamacare: “[We are] in the process and maybe it’ll take till sometime into next year but we’re certainly going to be in the process”

As early as last week, the Trump administration start removing language from federal websites that had praised ObamaCare while also making several changes to the Health and Human Services Department webpage, which oversees the law. As of now, visitors to healthcare.gov can still click on a link that is titled “About The Affordable Care Act.” Until just a few days ago, it would take you to a site that praised the program. The link now takes you to a site that simple says “Learn more about health insurance coverage.”

In the wee hours of Friday morning, the new Health and Human Services secretary, Tom Price, was approved and sworn into office, hopefully providing the momentum for Republicans to repeal the Affordable Care Act. Price, now confirmed, is expected to start chipping away immediately.

There is no exact date of when we can start to see a change, but small adjustments have begun. 2018 is rumored to be when we can see major changes.

If you have questions regarding your insurance, ECI is always here. Contact us for an Oklahoma health insurance quote today.