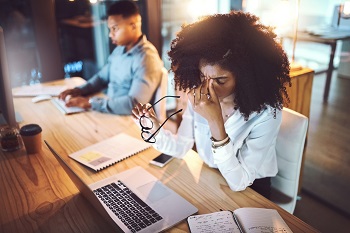 Essentially, if you’ve contracted an illness because of your work duties, and if your state law does not explicitly rule it out, you’re likely eligible for workers compensation.

Can It Be Proven?

It’s not always easy to prove that an illness was contracted in the line of duty. The employee has an easier case when the disease has a known connection with the job, and when it is rare to contract the disease outside of that job. If a coal miner develops black lung, chances are he did not contract it from his stove. If someone works with asbestos and contracts asbestosis, it’s not difficult to guess where they got the disease from.

In some cases, an employee’s pre-existing condition may be covered by workers compensation insurance. This often occurs if the condition was aggravated by the employee’s work duties. For instance, a case of arthritis worsened by lifting heavy boxes at work may be covered, even if the problem did not actually originate at the job.

Note that the same exclusions and exceptions exist for illness as for injury. If an employee suffers an illness owing to their own negligence — such as if they break company policy — they likely will not be covered by workers compensation. Someone who develops a respiratory disease because they refused to wear proper safety equipment around noxious chemicals, for instance, likely does not have a case against their employer.

Bottom line: Workers compensation insurance is there to protect employees against loss of income. It can also protect their employers against expensive lawsuits — regardless of whether that comes down to injury or illness.